This illustration is a nod to Calton Hill’s special place in Scottish political history as the site where devolution campaigners first held their Vigil for a Scottish Parliament, and where the new parliament was originally to be situated. In 2013 an unprecedented rally was also held in favour of Scottish independence. The drawing appeared as a double-page illustration in my book, Summer of Independence: Stories from a Nation in the Making. Prints available in blue or yellow. 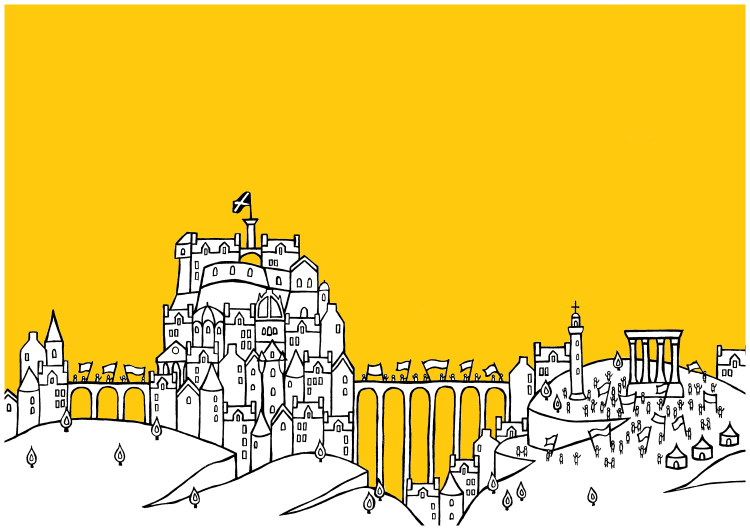