The Yes movement in the run-up to the 2014 Scottish independence referendum was not led by governments, parties or politicians, but by an unprecedented groundswell of passionate, spontaneous and self-organising volunteers. ‘The Summer of Independence’ (Word Power Books 2016) is the first written account of that period from a grassroots perspective. 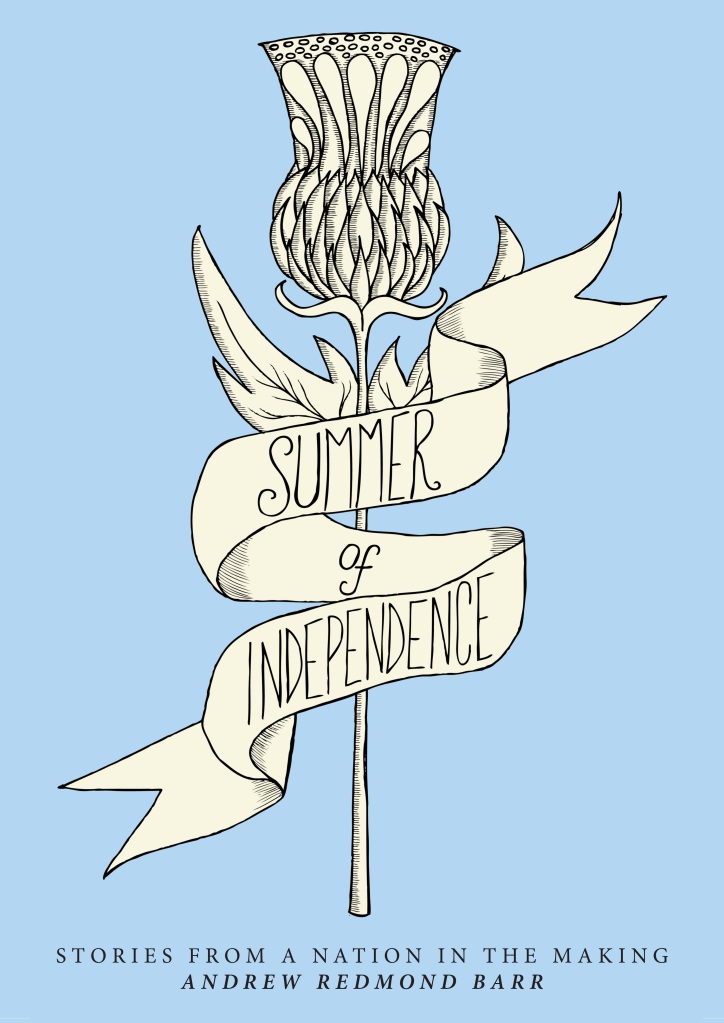 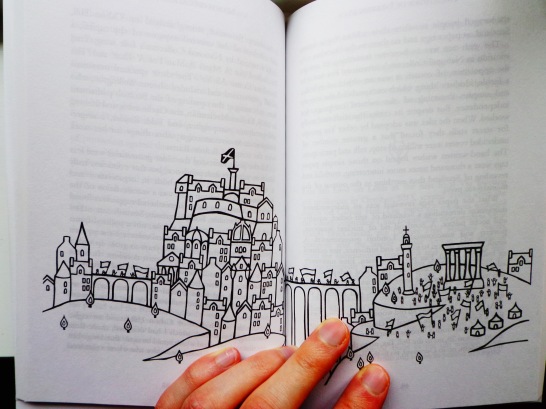 ‘Summer of Independence is that rarest of things, a lucid, vanity-free, episode-rich autobiographical account of 2014. If it were fiction, it would be a bildungsroman, the story of young man’s era of finding out – about Scotland, politically, geographically, about people, on doorsteps, in the streets, in “the bonniest company”, about history, and about what happens next. Beautifully written and illustrated, it has the clarity of youth, the intrinsic optimism of curiosity and an utterly unforced sense of hope.’ – Alan Riach, Scottish Review of Books

‘A beautifully written and illustrated journey through the momentous closing stages of the 2014 Scottish independence referendum campaign … An intimate, lucid and poignant insight into the very heart of the Yes movement by one of the co-founders of National Collective.’ – Scott Lyall

‘Andrew has captured that mood of optimism and joy, when it was all up for grabs, more accurately and powerfully than anything I’ve ever read … It is one of the most inspiring and resonant pieces you will find on this subject.’ – Alan Bissett

‘Every now and again, young talent shines at what some regard as a precocious age. Andrew Barr could easily fit that description … a very personal and readable journal and well worth reading.’ – Scots Independent

‘This is the story of a remarkable moment in Scottish history, told with the passion that characterised the movement …. An important contribution to our understanding of what we created, and are still creating.’ – Bella Caledonia

‘A remarkable book … Andrew has a talent to inspire.’ – Ian Hamilton QC

‘A compelling and beautifully written account from the frontline … A bittersweet eyewitness view of what it meant to be young, and young-at-heat, during the referendum campaign in Scotland … The writer has a keen sense of power dynamics, history and literature, but more importantly he has imagination and talent. We can have faith in Scotland’s future with young writers like this.’ – Meaghan Delahunt

‘Summer of Independence’ is now available to order.