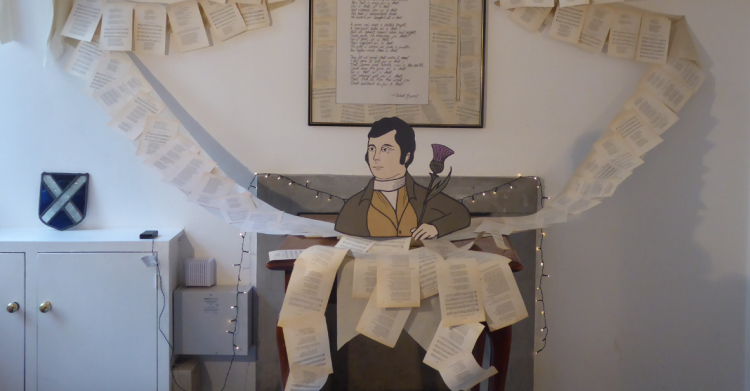 Two months ago today I launched Pith & Power, an illustrated exhibition celebrating the life and works of Robert Burns at the Saltire Society in Edinburgh. 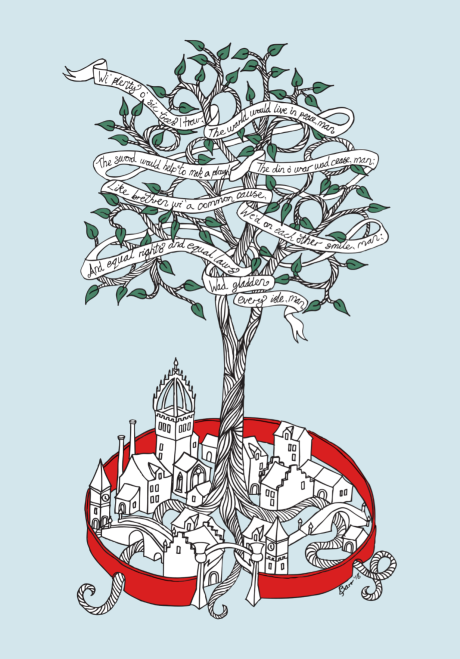 Most Saturdays I sat in the exhibition, working on new illustrations and speaking to visitors. I spoke to locals as well as people from many other countries, keen to find out more about Scotland’s famous bard.

International knowledge of Burns was more widespread than I anticipated. An environmentalist from Germany told me how ‘To a Mouse’ gave her a deep love of nature. A Canadian couple told me how Burns Nights brightened their winters back home. A Danish family spoke to me about the similarities between Scots and Scandinavian languages. A French historian recognised the spirit of Liberté, égalité, fraternité in ‘A Man’s A Man’.

What people said they liked about Burns was that distinctness of Scottish culture mixed with an international outlook. Some remarked how different this was to their perception of Britain in recent months. Burns, to them, indicated that Scotland had its own distinct contribution to make to the world. The Scots language was no real barrier to their understanding of his work. In fact it made their understanding all the more profound.

It has been a pleasure to hold this exhibition at the Saltire Society, and to have so many conversations about Burns, politics, language and culture with such a broad variety of people from all over the world. The Saltire Society are a real asset to Scotland’s cultural life and have been kind and accommodating hosts.

A highlight for me was being interviewed by the Scots Language Radio, a video of which can be found below.